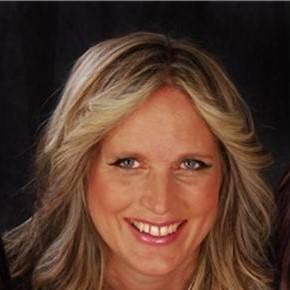 Health Energies was founded by two sisters Kim Sartor and Jackie Sartor King and is operating in Wasaga Beach, Ontario.

Kim was diagnosed over twenty years ago with sarcoidosis which then developed into asthma and glaucoma. She was taking a load of medications for a long time which led her to being overweight and in a lot of pain.

In 2015 she went to the science center in Toronto and saw a documentary movie called “The Healing Field” by Bob Connolly, about healing with medical devices around the world. There was an Italian man being interviewed named Valerio Dallago and he was asked why he had not yet brought his electromagnetic device called Seqex to market in Canada and the US; he said he “only sold the device in Italy”.

Not too long after, Kim was invited to go to a Debbie Travis retreat villa in Tuscany by her close friend and she decided to contact Valerio and go to see him while she was in Italy. She bought a device while she was Italy that very first time for her own use. After it worked impeccably well on her condition, Kim and her sister Jackie started selling the devices to Canadians that would accompany them to Italy to buy a Seqex device for their own personal use.

There are three Seqex models; the Fam unit that stores 10 preset programs in the memory, the HC that plays the individual program cards and the MED unit (clinical unit) that can create personalized programs and write the program cards. The unit will take the age, weight, height, male or female and then the electrodes are attached to the hands and feet and 12.4 million frequency combinations are sent through the body to determine which frequency waveforms that individual person needs. It will pick the top 9 wave forms (out of 30) for that person’s cells. This is what makes the Seqex so unique compared to any other medical device on the market; the 40 different programs and the ability to personalize and customize them.

The second reason that Seqex is unique is the phenomena known as Ion Cyclotron Resonance which was discovered by Professor Abraham Liboff of Michigan University a brilliant, award winning physicist. Ion Cyclotron resonance is when there is a pulsed electromagnetic field and the earth’s geometric field in one instance of time. This stimulates microcirculation, helps reduce inflammation and helps to induce a muscle relaxant effect.

Kim Sartor has just released her new book on December 24th, 2020 called “Natural Frequencies” edited by Gavin Taylor. Gavin was the translator for all the 22 trips to Italy so he was the perfect candidate to be involved, as he is a historian and also had the experiences first hand with Kim and Jackie on their journey.

In Kim’s book, she has transcribed a collection of Professor Liboff’s interviews on the technology in the second section of the book. The first part of the book is about the story and the third section is a transcription of a video series by Dr. Greco (chief medical advisor for Seqex in Italy) called “The Physics that Heals”.

The same film maker from the Science Centre, Bob Connolly, then got involved with two light therapy systems. One is a vitamin D light which is needed more then ever during a pandemic do help with the immune system. It has been reported that most of the people that have  COVID19 have a vitamin D deficiency. The other light system is plasma light, which simulates the sun within the output range of 600 to 1200 nanometers. This light is amazing for engaging the lymphatic system and for reducing pain. Kim has lost 54 pounds and lost 48 inches and feels like a new person, all thanks to finding out about these technologies.

Through recent decades, much of the science regarding physics the natural forces have been forgotten. We have based all our medicine on biology and chemistry and we need to re-integrate the natural forces into healing. The Seqex is the earth’s magnetic field and the lights are the sun’s photons for optimizing our cell function.

Today we are bombarded with so many man made frequencies like wifi, portable phones, cell phones, cell phone towers, high voltage power lines, satellites just to name a few and what this causes is the rouleaux affect which is when cells clump together. When this happens we do not get enough oxygen and blood flow on a cellular level. The websites to look up information on this are www.magdahavas.com and www.c4st.org